All About Deadpool – Character Spotlight

Since his first appearance in Marvel’s New Mutants #98 (1990), Deadpool has quickly transitioned from a loud-mouth mercenary to a favorite anti-hero to many fans of the Marvel Universe. To commemorate Deadpool’s widespread popularity, the team behind Arctify wanted to create an all new Deadpool tee for the the May shipment.

As a young man, Wade Wilson began working as a mercenary – accepting assassination missions for those he felt deserved death. He traveled the world for a short time accepting various assassination missions, but upon refusing to complete a job in Tokyo, Wilson decided to head to the United States, where he learned that he had developed cancer. 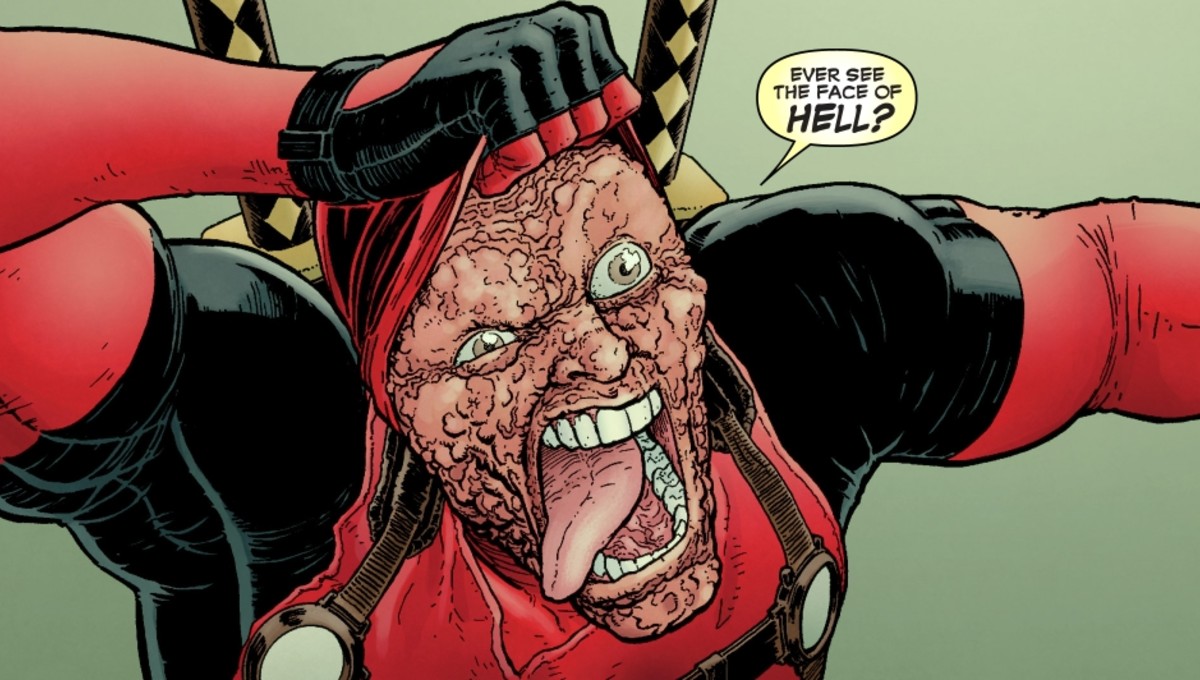 For a short while after his treatment, Wade had joined a covert unit alongside other mutants. Upon killing one of his teammates, Wilson was ejected from the weapon x program and was sent to Hospice – A Canadian facility where failed superhuman experiments were to be treated. Unknown to Wilson and the Canadian government however was that the Hospice patients were experimented on by the evil Doctor Killebrew and his assistant, Ajax. The patients at the hospice entered the test subjects into a deadpool to bet on who would last the longest.

Wilson ended up killing one of his friends, who had been lobotomized by Ajax, to end his suffering. Wilson was then sentanced to death, as there was a strict no killing rule, and Ajax tore out his heart and left him for dead. However, due to his regenerative capabilities, he managed to come back to life and exacted his revenge on Ajax, leaving him for dead and escaping Hospice. Shortly after his escape, Wade returned to mercenary work under the new moniker Deadpool and began wearing his signature red costume.

Thank you to everyone who received an Arctify tee for April. We were happy to see all of your posts on social media and excited to see all of you that wore it to see Marvel Studios’ Avengers: Infinity War. As mentioned earlier, the tee for May is Deadpool — inspired and the theme can be previewed here. Make sure to follow us on social media and let us know what your thoughts are for the upcoming tee!