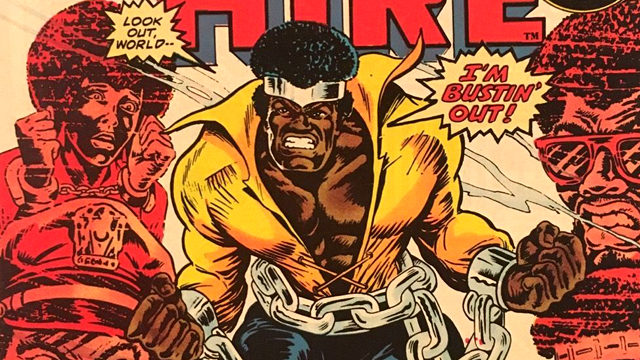 The June shipment for the Marvel Studios’ “Ant-Man and The Wasp” inspired tee has officially been concluded and shipments are currently being prepared to ship! As you may have noticed, the countdown on the Arctify site has been updated to reflect the July shipment and with it so has the theme for Luke Cage. Luke Cage has been gaining a lot of popularity and the team here at Arctify wanted to take this opportunity to create a new shirt for the Marvel Comics style Luke Cage.

Born and raised in Harlem, Carl Lucas had spent a majority of his youth in a gang where he often fought rival gangs and committed petty thefts. As he got older he began to see how a life of crime negatively impacted the lives of those around him and went on to find legitimate employment. After some time of living an honest life he was framed by one of his old fellow gang members – Willis Stryker – and was sent to prison.

While at Seagate Prison, Lucas became a prime target for a violent guard nicknamed “Billy Bob” whose excessive violence led to him being demoted in which he fully blamed on Lucas. Lucas later volunteered for an experimental cell regenerative study that was derived from the Super-Soldier program.  While undergoing treatment, Billy Bob managed to accelerate the controls in an attempt to kill him, however instead he gained superhuman strength and durability, which he would later use to escape prison and return to New York. Upon returning to New York he sought to use his newly gained powers for profit in which he took on the alias Luke Cage, began wearing his iconic costume and launched his career as a hero for hire. 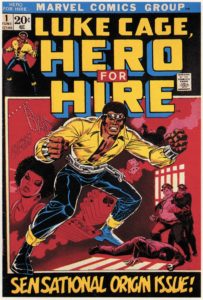 The shirts for the June shipment will be going out shortly and are likely to arrive right in time for Marvel Studios’ “Ant-Man and The Wasp” premier date on July 6th. The Luke Cage inspired tee is set to go out during the last week of July. Make sure to follow us on social and let us know what you think about the new Luke Cage theme for July.