Often relying on his own enhanced senses and martial arts expertise, Daredevil is known for taking crime into his own hands. Despite being known as the “man with no fear” and having taken down some of New York City’s most formidable enemies, there have been times where Daredevil relied on the help of others to clean the streets. Here are Arctify’s top 3 Daredevil group affiliations. 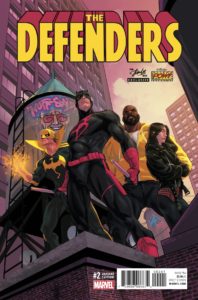 The Defenders fought valiantly to defeat the Darkforce demons and upon destroying the dome, they joined a final stand against Hydra in Washington D.C. where they proved triumphant. The Defenders would later continue acting as a group capturing criminals including the Hood, Fixer and Diamondback upon his release from prison.

Marvel Knights are a group of urban vigilantes called to action by Daredevil. The team lineup shifted, but consisted of Daredevil himself, Black Widow, Dagger, Punisher, Shang-Chi, Luke Cage, and Moon Knight. With its coverage of the darker corners of the Marvel Universe, Marvel Knights became an instant classic. 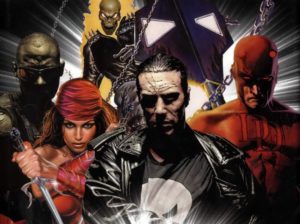 Initially created to bring the Punisher to justice, the Marvel Knights went went on to take down the Asgardian Rock Troll Ulik, Nightmare and Zaran. Shortly after, the headquarters that Moon Knight built for the team was destroyed and the team decided to disband.

With the help of Franklin “Foggy” Nelson’s fathers wealth, Nelson and Murdock opened up their own law firm where they took on high profile cases. Despite taking care of crime at night in his own way as Daredevil, this allowed for Murdock to uphold justice in the courtroom during the day. 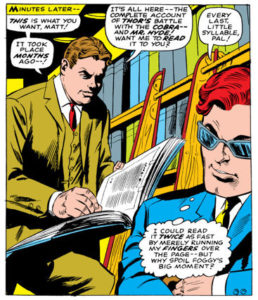 While Foggy was running for the District Attorney of New York position, Matt Murdock learned that Stilt-Man had been hired to carry out a hit on his life. To protect his friend and business partner, Matt made Foggy leave the office on election day and apprehended Stilt-Man as Daredevil when he entered the office. Stilt-Man managed to escape and Nelson went on to be elected D.A. leading to uncertainty for Murdock’s future.

That wraps up our top 3 Daredevil group affiliations.  Add us on social media and let us know which Daredevil team is your favorite and why, make sure to tag us with the hashtag #IAmArctify so we can see your post! We hope you enjoyed last month’s tee and can’t wait to hear what you think of the upcoming Daredevil tee. Stay tuned for the October Daredevil tee shipping at the end of the month.