Since his first appearance in the 1960’s, Spider-Man has been protecting the civilians of New York from evil-doers. As time progressed, villains emerged, and situations changed, Peter relied on numerous different costumes to continue his work as the Amazing Spider-Man. Here are some popular Spider-Man costumes used in the past.

The Wrestling suit was the first suit that Peter had worn. After being bitten by a radioactive spider — and developing super-human abilities — Peter chose to fight as a wrestler to gain some money. 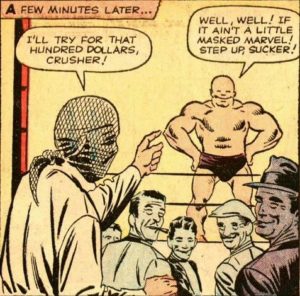 To protect his identity, Peter developed a quick costume that would hide his face and keep his fans from identifying him. The suit was meant as a temporary fix and after his short-lived wrestling career, Peter ditched his wrestling costume and developed a newer suit.

Following his short wrestling career, Peter went home and began developing a better costume which he could fight crime in. In a short amount of time, Peter developed what is often referred to as the Classic Spider-Man Suit, because it is the one we typically see him in. 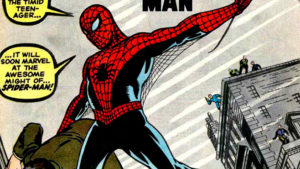 In embracing his spider-like abilities, Peter developed web shooters, which shot out a strong spider-web material used to fight crime and to get around quickly, and fit them to his suit. Originally the costume was designed with webbing under the arms but over time, the material was done away with and the current Spider-Man suit no longer has webbing .

The Spider-Man Black Suit revolutionized the way Spider-Man fought crime, for a short while. After being kidnapped by Beyonder and forced to fight in his Secret Wars, Peter’s suit was damaged. While trying to repair the suit with futuristic technology, he ultimately replaced his classic suit with an alien Symbiote. The Symbiote wrapped around Peter’s body and took form in the Black Suit. 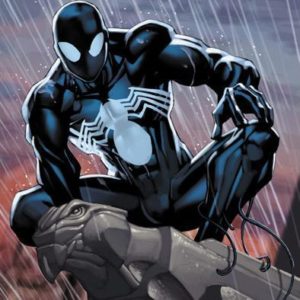 Being that the Symbiote was a living organism, it offered properties to Peter that suits prior could not. The Black Suit was able to transform into street clothing and was capable of generating its own webs. Upon returning to Earth, Peter noticed that the suit was behaving strangely and with the help of Mister Fantastic, was able to forcefully remove it. The Symbiote was housed at the Fantastic Four’s headquarters for a short while until it escaped and eventually merged with Eddie Brock to form Venom.

The Iron Spider was a gift from Tony Stark to Peter and is arguably one of the most technologically advanced. The suit has 4 mechanical arms attached to its back gliding capabilities, built in audio and visual amplifiers, a cloaking device, an emergency scanner as well as many other added features.

That wraps up our short list of popular Spider-Man costumes. Make sure to follow us on social media and let us know which Spider-Man costume is your favorite and why. Use the hashtag #IAmArctiy and tag us in your post so we can respond. Also keep an eye out for the latest Arctify tee inspired by Marvel’s The Amazing Spider-Man which will be going out the last week of August!